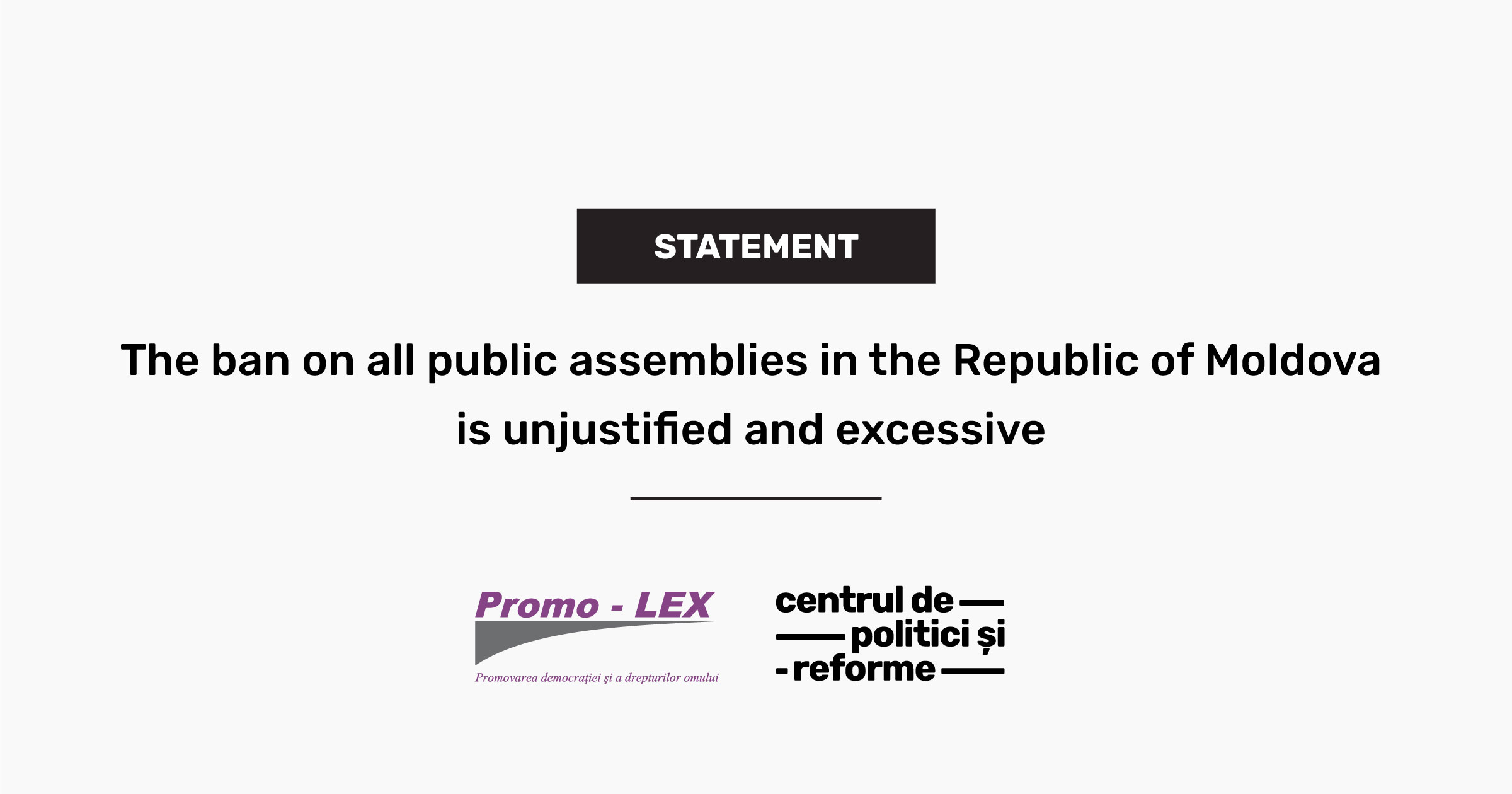 The Commission for Emergencies’ directive to ban all public gatherings in the Republic of Moldova is unfounded, disproportional and excessive. It violates the freedom of assembly and should be revised.

On 30 March the Republic of Moldova’s caretaker cabinet submitted to the Parliament a draft decision on declaring a national state of emergency in relation to the public health situation in the country marked by an increase of COVID-19 infections.

The next day, the parliament’s legal committee has approved its report on the draft decision to declare emergency for the entire territory of the Republic of Moldova for a period between 1 April and 30 May 2021. The draft decision was submitted to the Committee by the Socialists Party’s MPs Vasile Bolea, Alla Dolinta and Alexandr Suhodolski.

After a few hours of debates, the Parliament has adopted the decision by a majority. A state of emergency was declared for sixty days starting 1 April 2021. Article 2 of the Parliament Decision no. 49 on introducing the state of emergency reads, inter alia, that ”during the emergency, the Commission for Emergencies of the Republic of Moldova issues directives to ban gatherings, public manifestations and other mass actions”.

On 1 April 2021, the Commission for Emergencies, adopted its Directive no. 1, reiterating the main restrictions previously adopted by the National Public Health Emergency Commission. Among others, point 6 of the CE directive says that: gatherings, assemblies, public manifestations, meetings and other mass actions are banned.

This directive effectively suspends for a period of 60 days the constitutional right of Moldovan citizens to freedom of assembly (Article 40 of the Constitution) – without sufficient justification and with a risk to restrict disproportionately civil and political rights. Promo-LEX and CPR Moldova believe that this rule is unjustified and excessive based on the following:

1. The ban is illegal, arbitrary and contradictory.

International human rights treaties ratified by the Republic of Moldova – ICCPR and ECHR among others – provide that no restrictions may be placed on the exercise of freedom of assembly other than those imposed in conformity with the law and which are necessary in a democratic society in the interests of national security or public safety, public order, the protection of public health or morals or the protection of the rights and freedoms of others. Rules to similar effect are contained in Article 54 of the Moldovan Constitution. The United Nations Special Rapporteur on the rights to freedom of peaceful assembly and of association has recently urged that ”it is imperative the crisis not be used as a pretext to suppress rights in general or the rights to freedom of peaceful assembly and of association in particular”.  Although apparently pursuing the legitimate aim of preventing the spread of SARS-CoV-2, the measure is ill-grounded since it was imposed without providing any reasoning for its necessity. Public authorities didn’t bring any evidence to prove that peaceful assemblies lead to the proliferation of infections or that previous restrictions to control health risks during assemblies – such as wearing masks, limiting the number of participants, the mandatory social distancing of at least 1 meter, penalties for violations of the restrictive measures – have not worked.

2. The ban is neither necessary nor proportional.

Rather than banning peaceful assemblies altogether, the authorities should continue to impose limited time, place and manner restrictions that would address the relevant public health risks. Holding assemblies outdoors, in a spacious place, for short periods of time and keeping social distance is compliant with the standards agreed by the healthcare experts. A ban on assemblies that would be compliant with the general rules set above is not proportional to the legitimate aim pursued.

Taking into account the risks of infection with SARS-CoV-2, authorities should restrict mainly indoor gatherings held with many participants, for a long period of time and those that do not observe physical distancing.

In this regard, Directive no. 1 of 1.04.2021 does not explicitly regulate religious gatherings held inside places of worship nor explains whether the general provision of point 6 applies to them as well. Also, the Directive does not ban gatherings in shopping malls and public transport, which usually involve a significant number of people interacting indoors.  Furthermore, point no. 5.3 of the directive allows for professional meetings, assemblies and summits with the physical presence of persons, for a duration not exceeding 60 minutes and in a limited number according to the rule of 4 square meters per person of the room area. Finally, the regulations in force allow commercial activities, such as the activity of the markets, which are associated with the presence of a large number of persons. We believe that a similar approach of limiting risks instead of banning should apply to peaceful assemblies in accordance with the Law on assemblies.

3. The ban has a disproportionate impact on civil and political freedoms.

Although drafted in broad terms, the ban on public meetings, gatherings, assemblies, demonstrations and other mass actions could have a disproportionate impact on civil and political freedoms. Such a ban, in conditions of health, political and economical crisis could be interpreted as a tool to prevent protests and expressing opinions critical of the government. As such, the ban carries a high risk of being mishandled by the authorities to censor opposition and rights groups in a critical period for the country.

To achieve the expected effect of decreasing infections and relieving the healthcare sector, restrictions must be systematic, non-contradictory and based on scientific evidence. We believe that the ban on peaceful assembly during the state of emergency does not meet these criteria and is in effect disproportionate and excessively restrictive to citizens’ rights.

In light of the above-mentioned: 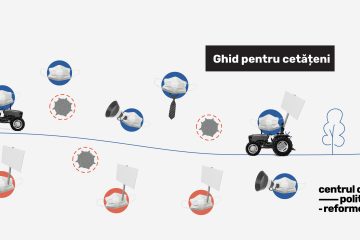 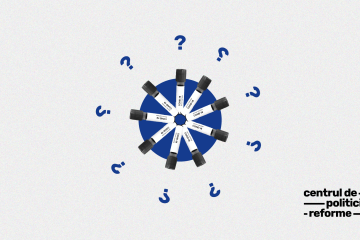